By The Blue Company LondonJanuary 27, 2022 No Comments

20 S.A.R. Rescue-Timer in 18 carat gold: Mühle rescue watch celebrates its anniversary
In February 2002 the first S.A.R. Rescue-Timer were consigned to the foremen of the sea rescuers on the North Sea and Baltic Sea. Since then, the unmistakable timepiece has proven itself in numerous rescue operations. The family company Mühle-Glashütte celebrates this outstanding achievement with a limited special edition in 18 carat gold. 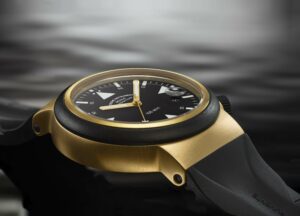 Go for Gold: Never before has a wristwatch more deservedly fulfilled this requirement than the S.A.R. Rescue-Timer from Mühle-Glashütte. Because this year the robust watch celebrates its 20th anniversary at the German Maritime Search and Rescue Service (DGzRS). In February 2002 the first S.A.R. Rescue-Timer were consigned to the foremen of the DGzRS. Since then, the watch has not only had to prove itself in the tough everyday life of the sea rescuers on the North Sea and Baltic Sea, but also with watch fans who are enthusiastic about sports and sailing.
Over 10,000 S.A.R. Rescue-Timer, who have found their watch lovers since 2002, prove this perfectly. This is not surprising in view of the unmistakable design and the high suitability for everyday use of the proven Mühle watch. Because in addition to the well-known advantages of the S.A.R. Rescue-Timer includes a four-millimetre-thick, scratch-resistant sapphire crystal, which allows an unclouded view of the extremely legible dial at all times. In addition, there is an SW 200-1, in the Mühle version, which is elaborately adjusted in six positions, with the in-house rotor and the particularly shock-proof woodpecker neck fine adjustment. And last but not least, a 42-millimetre case that can withstand an enormous water pressure of up to 100 bar.
The latter is made from an exciting mix of materials in the anniversary edition, which is limited to 20 pieces: the middle section of the S.A.R. Rescue-Timer GOLD is made of 18-carat yellow gold and contains a very high fine gold content of 70 grams in total. The golden surfaces of the middle part are finely polished, which perfectly underlines the noble character of the exclusive anniversary edition.
The noble appearance of the case is continued on the matt black dial in gold-plated hands. These are also made in yellow gold, so they have a high contrast to the dial and thus ensure very good readability. They trace their path over indices and orientation triangles, which, unlike the series watch, are coated with pure white luminous material.
The dial is complemented by a golden rehaut and the well-known rubber bezel of the S.A.R. Rescue-Timer. Its basis is a stainless steel core, which is covered with black, shock-absorbing natural rubber. The other components of the case are designed to match: not only is the screwed stainless steel case back coated in black PVD (physical vapor deposition), but also the screw-down crown and the four screws on the strap bars. They hold the rubber strap specially made for Mühle-Glashütte securely on the S.A.R. Rescue-Timer GOLD. The bracelet is closed with a black stainless steel folding clasp including an extension. It is provided with a durable diamond-like carbon coating (DLC), which makes the clasp less sensitive to wear and tear, for example when it is placed on the table.
Of course, so many sophisticated details call for an appropriate presentation. Here the new owner of a S.A.R. Rescue-Timer GOLD can look forward to a special edition case. This is inspired by the appearance and design of the marine chronometers from Nautische Instrumente Mühle-Glashütte. It is made of wood and, like the marine chronometer, has a cover with a viewing window. So you can see the total work of art of the S.A.R. Rescue-Timer GOLD not only when you wear it every day, but also when you keep it in the case. 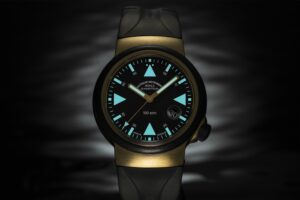 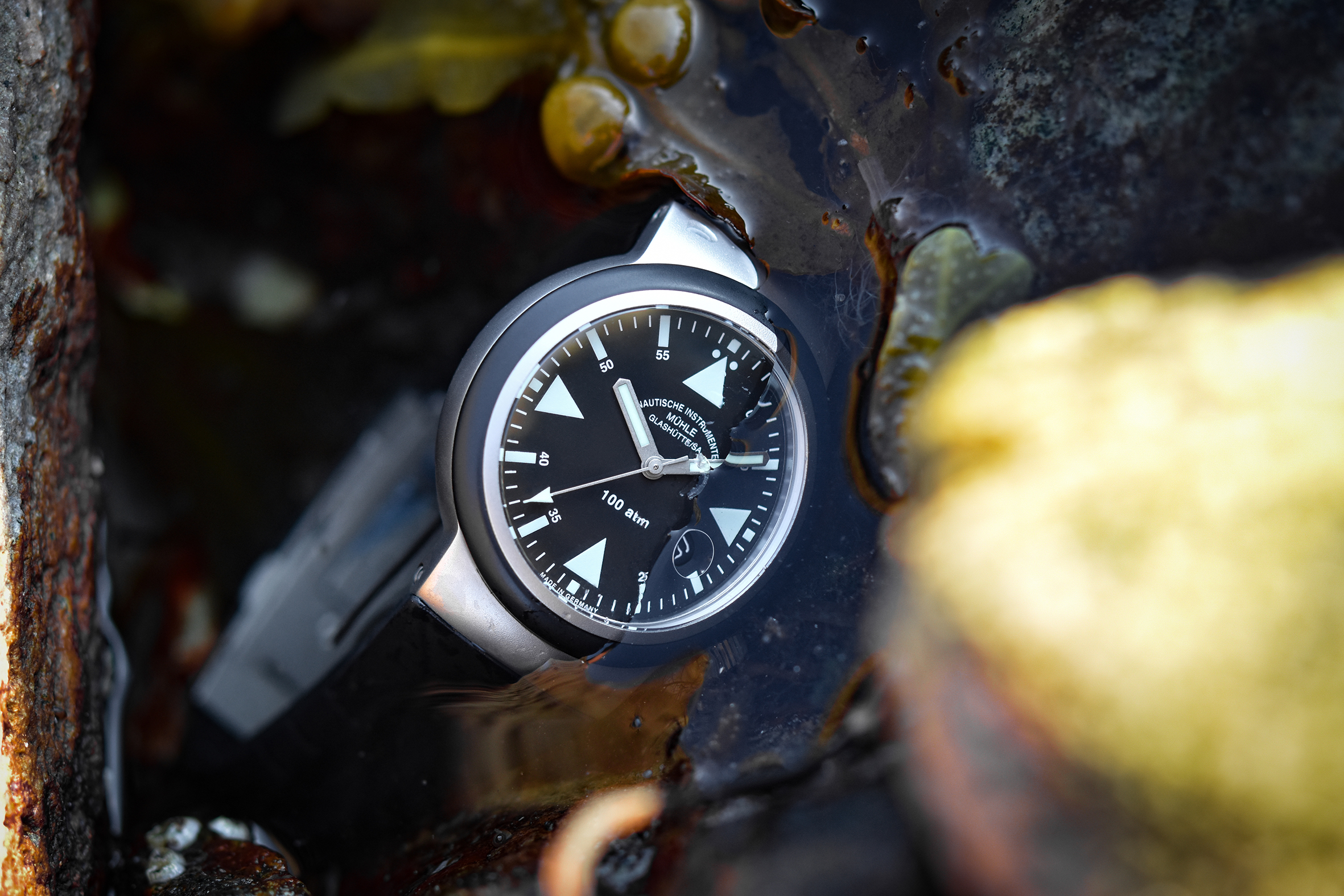