By The Blue Company LondonApril 27, 2022 No Comments

Since it was launched in 2016, the Maurice Lacroix AIKON Quartz has enjoyed much success. Inspired
by the brand’s Calypso model of the 90s, the AIKON Quartz gave rise to the AIKON Automatic and,
thereafter, a plethora of additional variants encompassing different complications and materials.
Returning to where the icon story began, Maurice Lacroix has introduced a series of changes to the
AIKON Quartz, delivering improvements to the specification of each reference.
Back in 2016, Maurice Lacroix revisited a former design of the 1990s, the Calypso. This latter model proved
a fabulous source of inspiration for the brand’s design team, culminating in the release of the AIKON Quartz.
The styling of the model encompassed numerous rounded surfaces along with a modern interpretation of the
Calypso’s six claws positioned atop the bezel. Since its launch, the AIKON Quartz has proved a resounding
success for the Jura-based firm.
Encouraged by its favourable reception, just two years later, the Maison launched the AIKON Automatic.
Although there was still a family likeness, the self-winding model embraced straight lines, sharper angles
and appeared more refined with its Clous de Paris dial. Furthermore, when the AIKON Automatic was
unveiled it had a more contemporary feel than the AIKON Quartz.
In the spirit of continuous improvement, Maurice Lacroix has revisited the AIKON Quartz. Having amassed
much experience since releasing the inaugural AIKON and listening to feedback from clients and retailers
alike, the Jura-based brand has reappraised each constituent part of the sporty model. Every curve, facet,
line and surface has been refined, culminating in a new, clean-cut appearance. Moreover, the specification
of each reference has been upgraded, heightening the overall sense of luxury.
The AIKON Quartz is offered in two sizes 35mm or 40mm. All models are housed in a stainless steel case,
save for a pair of two-tone models, both of which employ a combination of stainless steel and 4N PVD steel.
Potential owners are indulged with a choice of rhodium or diamond-set indexes. The notion of elegance
extends to the dial options available. These include elegant sunbrushed opaline dials in various hues or
circular engraved mother-of-pearl dials which deliver a sense of pizzazz. 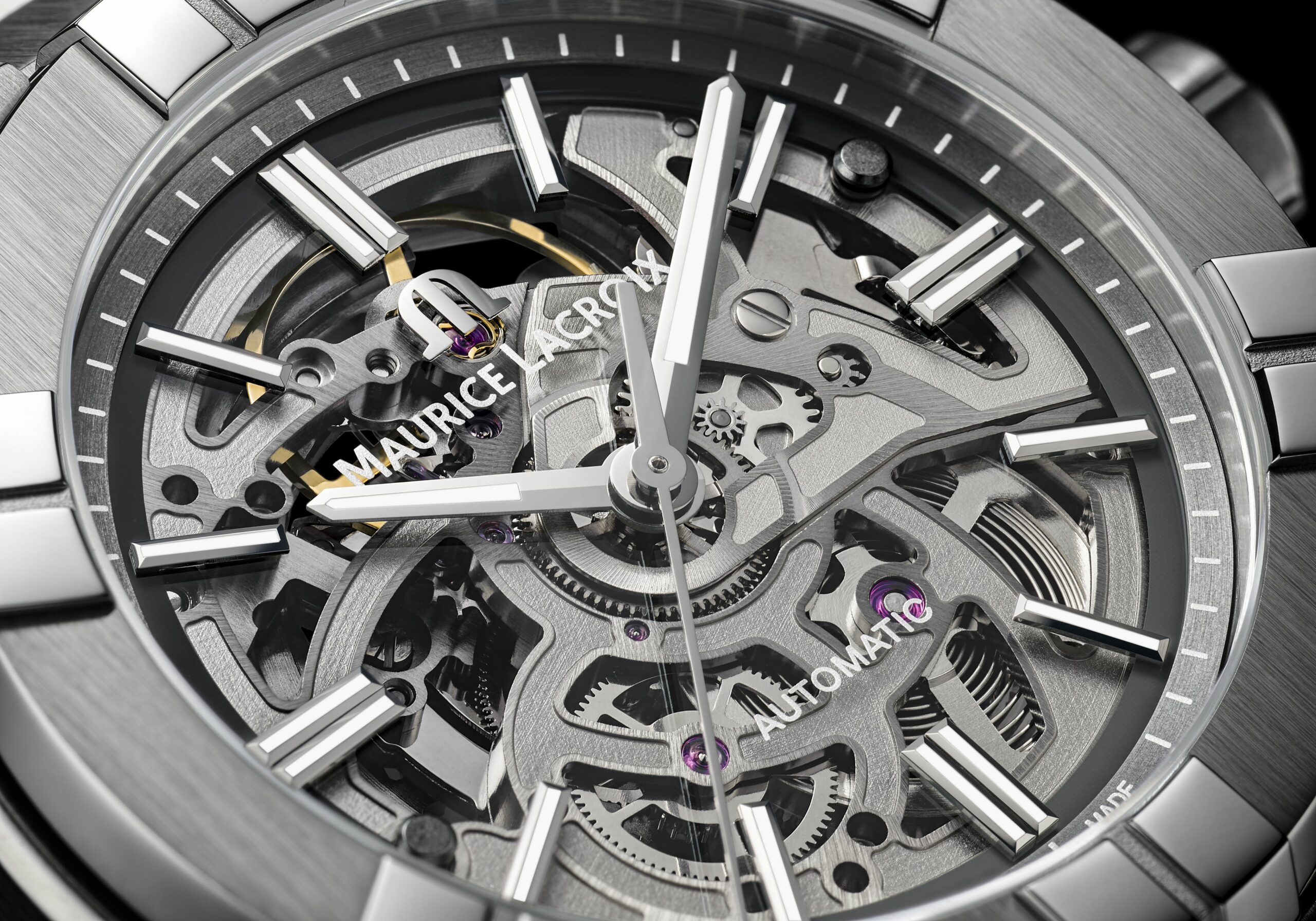